Back to Member Directory

Project New Opportunity (PNO) represents a promising model to address reentry, particularly reentry from federal prison. The experience to date shows the importance of the “inside- outside” connection, the efficacy of a program that attends to the adjustment from custody to community and the value of using formerly incarcerated people to guide this transition based upon their own experiences. PNO also demonstrates important lessons about the possibility of sentencing reform. Due to the Obama administration reforms, many of which were supported by Congress, all of the individuals in PNO were given sentence reductions. The PNO reports along with the evidence from USSC show that shorter sentences do not compromise public safety. Program expansion and more robust evaluation and research are important to preserve and expand at a time when even the modest criminal justice reforms are in jeopardy. PNO only serves returning citizens coming home from the Bureau of Prisons within four to six months. 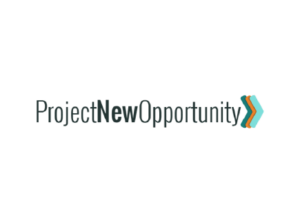 Project New Opportunity consultants provide contacts to all of the above services four to six months prior to a person’s release from incarceration.